What is #AsagiBakmayacagiz and what's going on in Bogazici University?

If you’re keeping up with Turkish news or have Turkish mutuals tweeting about some
issues, you may have seen the hashtag #AşağıBakmayacağız (we won't look down)
trending. This is trending because right now, many students and protesters are being
subjected to police brutality and injustice due to the recent events happening in one of
Turkey’s most prestigious colleges, Bogazici University. This issue is not getting any
attention from the media, so please keep reading while I explain what’s going on, and at
the end of the page, you can find some ways to help 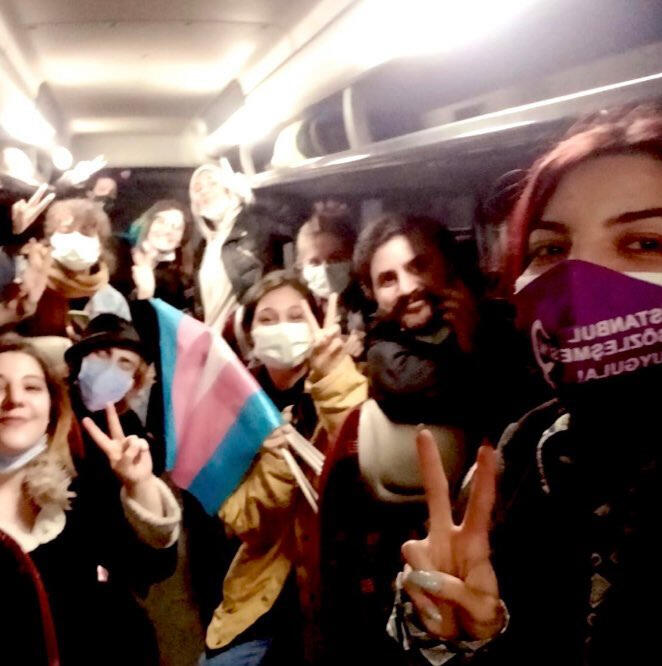 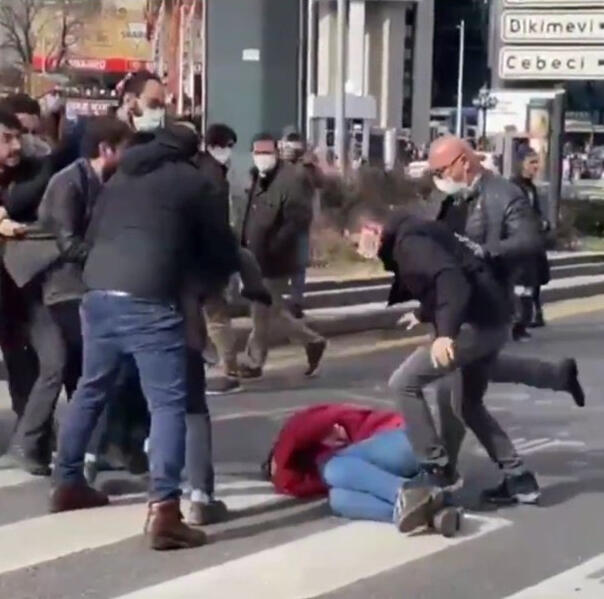 On January 2nd, 2021, academician and politician Melih Bulu, was appointed as the
rector of Bogazici University by the president of Turkey. This faced backlash from many
students since the rector was supposed to be elected and not appointed, and also
because of the fact Bulu had strong political ties to the ruling party.

Hundreds of students
protested demanding the right for the university to elect its own rector and criticizing
Bulu's proximity to the ruling party. However, nothing was done about this injustice. This
was a clear attempt to restrict academic freedom even further, and the surge of recent
events proved this. 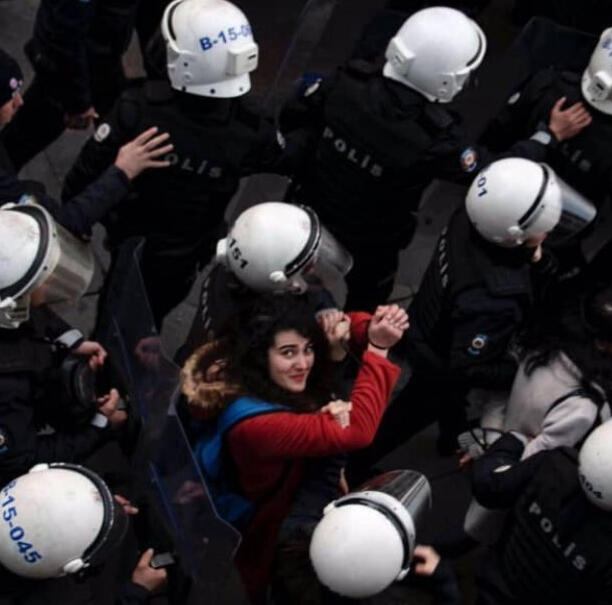 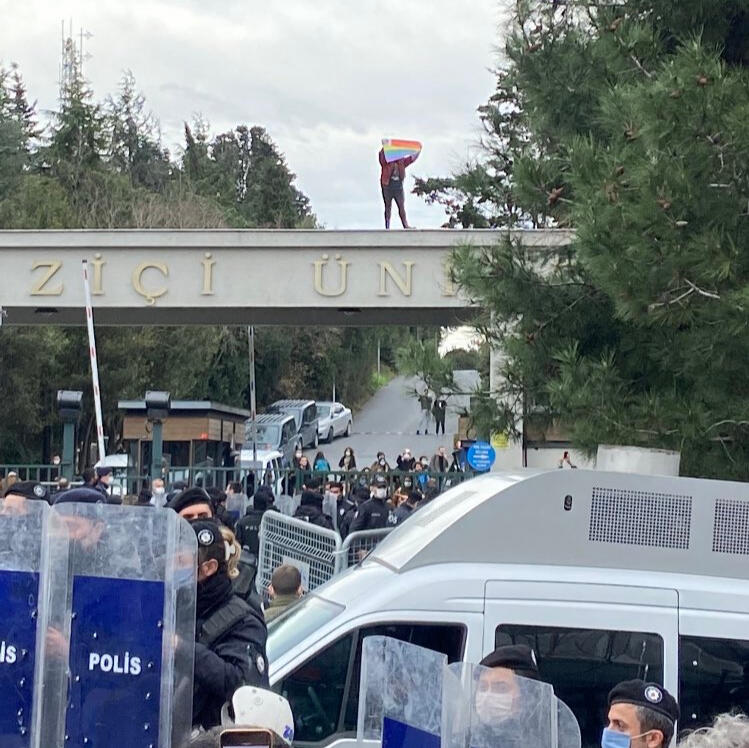 The LGBT+ community in Turkey constantly faces widespread discrimination and
harassment. Even the Istanbul Pride was banned five years in a row. In the case of
Bogazici, soon after Bulu was appointed to the Bogazici University, he shut down the
LGBT club of the university and initiated an investigation on it for terrorist activities without a single proof. This resulted in the LGBT community and students in the university protesting once again. First, they were subjected to house raids, handcuffed behind their backs, and were threatened to rape. Then, the police stationed snipers around the campus and started detaining students. One student was detained and handcuffed from their back simply because they were carrying an LGBT+ flag in their bag. Over 100 students have been detained so far. Although some are released, there
are still many in custody

Later, the target of politicians became LGBT +, they were clearly targeted by tweeting
about heresy. They were kept open from other protesters. This is tweeted by a minister,
in which he calls LGBTs perverted twice. An update: the minister’s aforementioned tweet
has been restricted by Twitter, but is still viewable.

This is tweeted by a minister, in which he calls LGBTs perverted twice. An update: the minister’s aforementioned tweet has been restricted by Twitter, but is still viewable 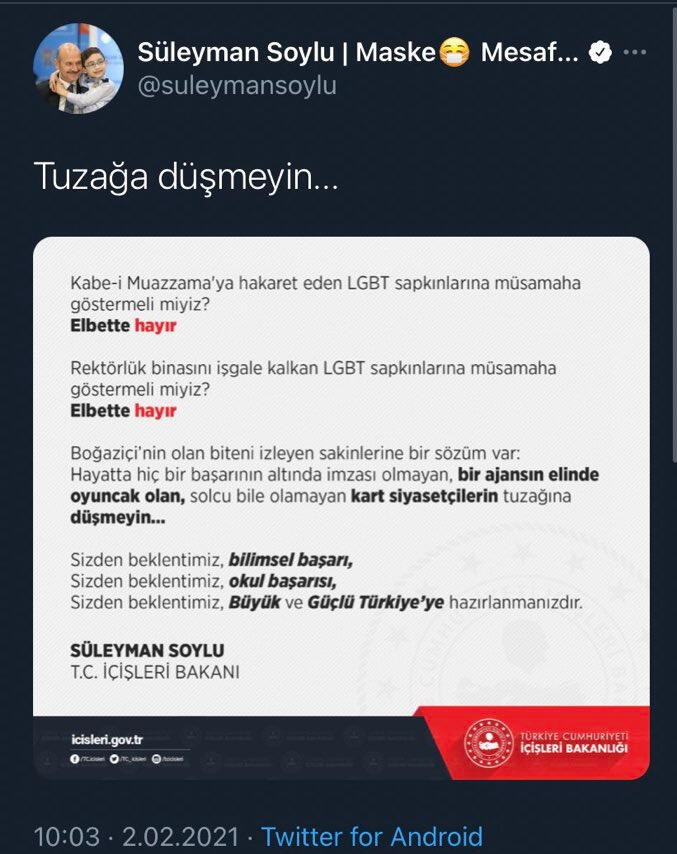 This is the official declaration the LGBT community is to be shut down, pronounced by the assigned chancellor 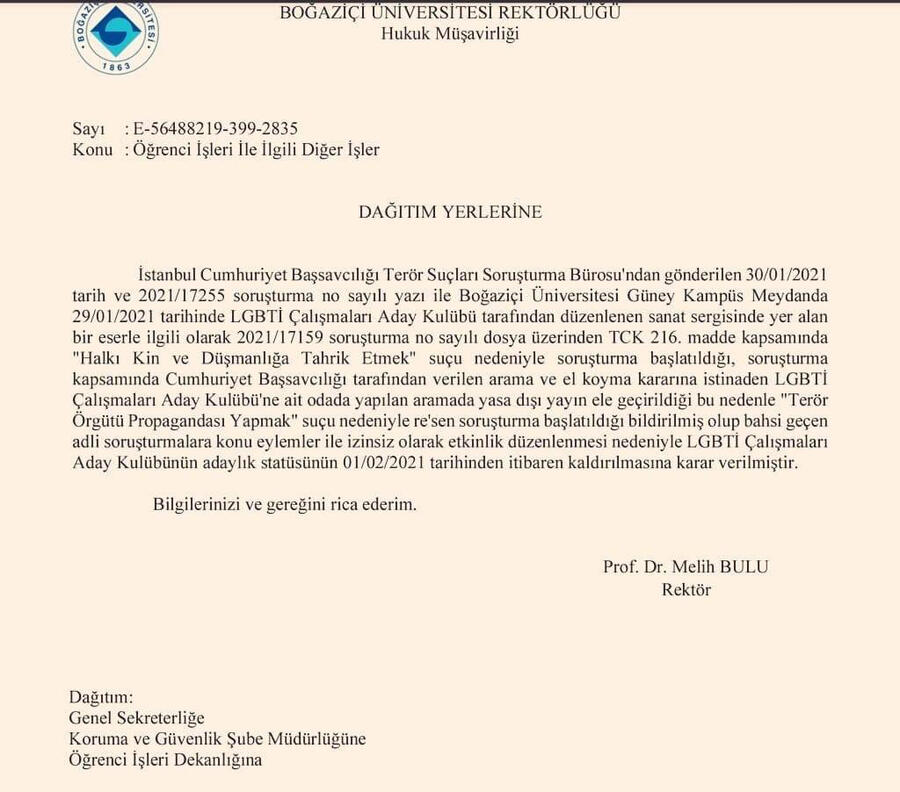 How Can We Help?

links are below I'll keep adding them when I find more.

Petition for the new rector of Boğazici University to be selected by a democratic election!!

Petition to release the students who were arrested during the peaceful protests!!